As befits my status as a recovering goth, I often find myself captivated by the darker side of art and music, the stories less often told. Perhaps it's just that there's something singularly mesmerising to me in hearing a new perspective, some secret given life, in which I can nevertheless recognise myself. Something new, but familiar, like having my own secrets whispered back to me.

Already intrigued by artist Dora Lachaise after her darkly whimsical debut single The Bone Collector, I was curious to hear how her sound would evolve. Her follow-up single, I Confess, breezily exceeds every expectation I had. 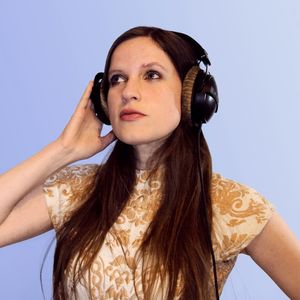 It opens with a chorus of layered voices and lyrics which tug on biblical themes and for more than 15 whole seconds I think I know where this song is going, but from that first solid hit of percussion I realise, cheerfully, that I'm wrong. There's something much more brooding in the layers of synth bass, in the forceful and minimalist percussion, in the vocal delivery - there's an unease almost touching on menace here. The song changes tack again on the chorus, opening up into a shimmering pale gold cascade of notes and yearning vocal melody, and by now I am entirely in some other world. I feel weightless while listening. This is more than a song; this is a work of art.

I Confess is an incredibly accomplished feat of songwriting; every part of the song (the intro, then the verse, then that chorus) has its own distinct personality. Each part simultaneously surprises me ("Oh, that's what this song is") while paradoxically also being a perfect harmonious fit ("Yes, that's exactly what this song is meant to be.") Even the character of the vocal delivery changes subtly between each of these sections, moody and husky one moment but soaring clear in the next.

I struggled a little to come up with comparisons or a guess at influences - for me there are perhaps hints of later Depeche Mode or Kate Bush in the subtle elegance of the songwriting and instrumentation choices. But Dora is an artist who sounds confidently, authentically, and unapologetically like herself above anything else. I'm keen to see what's next for her, how she evolves on her journey. To paraphrase another artist who took joy in carving his own path: I don't know where she's going, but I can promise you it won't be boring.

I Confess is out now - find it on Spotify, Bandcamp, or any of the platforms listed here: https://smarturl.it/i-confess 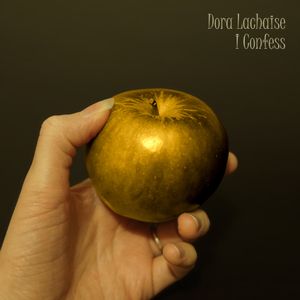